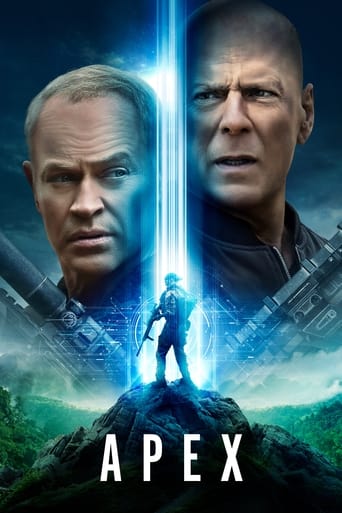 Apex 2021 DVD Cover. James Malone, a former cop, is currently serving a life sentence for a crime he did not commit. He is offered a shot at freedom provided he can survive a deadly game of Apex, in which six hunters pay to hunt another human on a distant island. He accepts, and then all hell breaks loose as he arrives.

A group of hunters pays for a high-end hunt on a desert island, where they will be hunting for a man. Until the hunters become the prey, everything goes according to plan. James Malone (Bruce Willis), a former cop, is serving a life sentence for a crime he did not commit. If he survives a hazardous game in which a group of hunters pays for the pleasure of hunting another human on a lonely island, he is given a chance to recover his freedom.

Malone accepts the terms, and when he comes, he sets up traps and engages in a psychological battle with the hunters. The Most Dangerous Game was loosely based on this story.