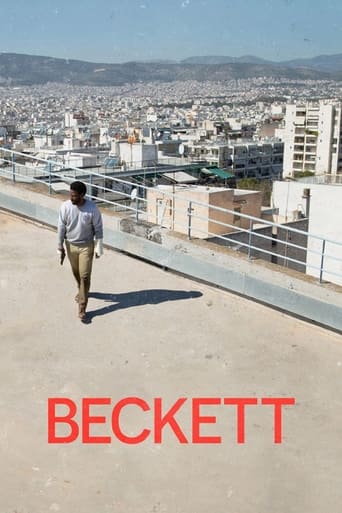 Beckett 2021 DVD Cover. Beckett, an American tourist, finds himself at the center of a violent political scheme and on the run for his life after a horrific automobile accident in Greece.

Beckett falls asleep at the wheel while driving toward a new location on the dark country roads, sending their car crashing down a hill and through the wall of an abandoned home. After the crash, he finds a young guy in the corner of the room who is subsequently dragged away by a woman, battered, bruised, and a little confused.

Beckett discovers April’s lifeless body on the floor as he crawls out of the inverted truck, but this heartbreaking loss is only the beginning of a rollercoaster cat-and-mouse nightmare.