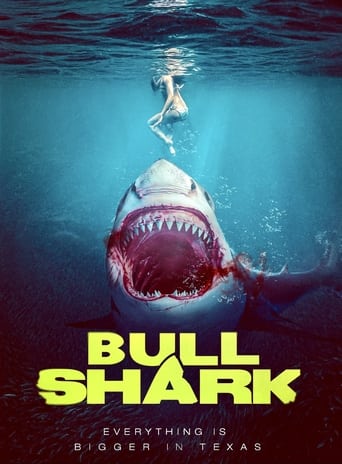 Bull Shark begins with an alarm going off and the local game warden Spencer Timms (Thom Hallum) holding his head. The empty beer cans on his nightstand explain why. He proceeds to make himself a thermos full of coffee and vodka and heads off to work several hours late.

He’s barely there when Nolan (Billy Blair) calls. He’s got something he wants his buddy Spencer to see, a dead shark he plans on making a fortune from selling the teeth, etc. Instead, he’s told to get rid of it since people will think there are sharks in the lake. Since, as well as being none too bright, he’s too lazy to properly dispose of it he dumps it into the lake. Unfortunately