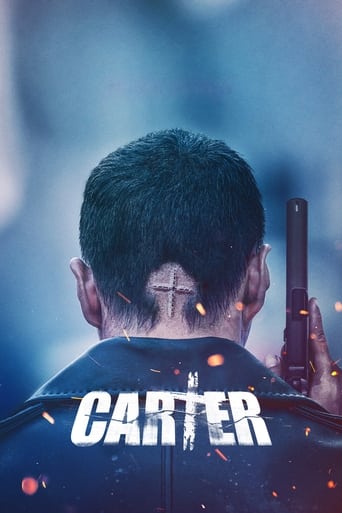 Carter 2022 DVD Cover. A man wakes up missing his memories. Directed by a mysterious voice from a device in his ear, he sets off on a hostage rescue mission rife with danger.

In CARTER, Carter (Joo Won) wakes up with no memory, a bald spot shaved on the back of his head, and an earpiece in his ear with a woman’s voice telling him to fight and run if he wants to live. He follows the woman’s voice, fending off CIA agents and Korean bathhouse patrons by the dozens.

Korea is in the midst of a DMZ virus that has mostly been eradicated in South Korea, but North Korea still struggles with it. Carter tries to figure out which side he’s supposed to be on and who his allies are. He finds the daughter of a scientist and must track down the scientist who discovered the vaccine for the virus and he must also get his memory back and find his wife.