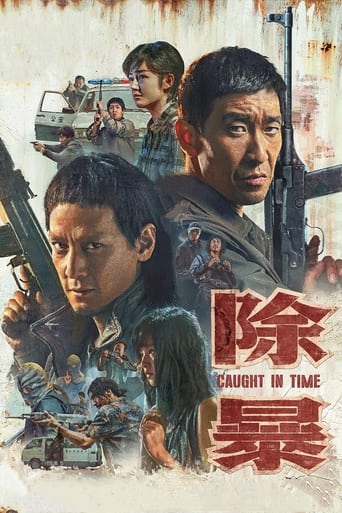 Caught in Time 2021 DVD Cover. A detective tracks down a gang of criminals ten years after they initially evaded arrest.

Based on real life events from the 1990s, a ruthless gang manages to pull off several high risk – high reward heists, meticulously planned out and executed over nearly a decade.

When a police detective thinks he’s figured out their pattern, the head of the gang (Daniel Wu) starts to openly taunt him, resulting in a race to the ultimate showdown between cops and robbers.