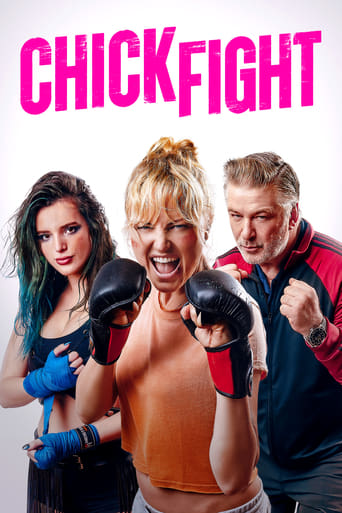 Chick Fight 2020 DVD Cover. When Anna Wyncomb joins an underground, all-female fight club to help her get her life back on track, she learns she is far more closely tied to the club’s past than she ever imagined.

Anna Wyncomb’s world has come crashing down around her… She won’t be able to pay any of her payments once her business is destroyed since she didn’t invest in insurance. Her car is taken away, and she is served with an eviction notice.

Anna begins to realize that she can change her life when her closest friend brings her to an all-female, subterranean nightclub. She has some natural talent, while not being much of a fighter.

She is then taken under the wing of Jack Murphy, a mentor. When she is confronted by another fighter, Anna demonstrates that she has what it takes to fight back. She also discovers that she has a link to the club’s history throughout her voyage.