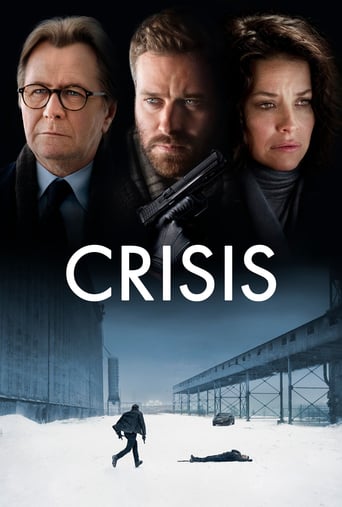 Crisis 2021 DVD Cover. Three stories about the world of opioids collide: a drug trafficker arranges a multi-cartel Fentanyl smuggling operation between Canada and the U.S.

An architect recovering from an OxyContin addiction tracks down the truth behind her son’s involvement with narcotics, and a university professor battles unexpected revelations about his research employer, a drug company with deep government influence bringing a new “non-addictive” painkiller to market.

Crisis is a gripping drama set against the backdrop of the heroin crisis.

A drug trafficker plots a laundering operation, an architect seeks the truth behind her son’s death, and a professor unearths secrets about his boss, a pharmacy behemoth preparing to launch a new non-addictive painkiller.