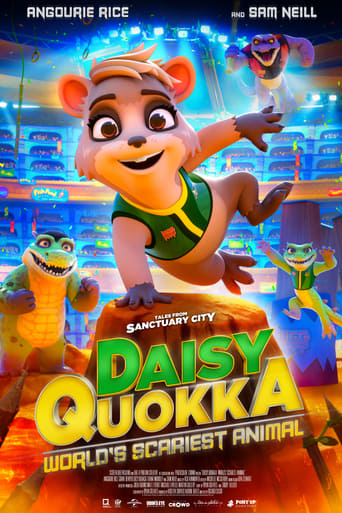 Daisy, an unbearably cute, eternally optimistic Quokka, has an incredible dream: she wants to win the ‘World’s Scariest Games.’

The World’s Scariest Games, an Olympics-style global spectacular that attracts the fiercest and scariest animals from around the world to compete for the coveted title of ‘World’s Scariest Animal,’ are underway in Sanctuary City.

As the city prepares to host the games for the first time, they welcome foreign champions such as Lions and Tigers, as well as Daisy, an adorable, pint-sized, ambitious Quokka with a huge dream….to become the SCARIEST animal in the world.

Daisy must face all of the obstacles these games throw at her with the reluctant assistance of a washed-up ex-champion, a reclusive crocodile.

Daisy will be challenged to her limits against a roster of truly ferocious creatures, proving to her city (and herself) that great champions come in all shapes and sizes.

The challenges will be structured like a ‘American Ninja Warrior’ series, involving intelligence, stamina, ferocity, and endurance.