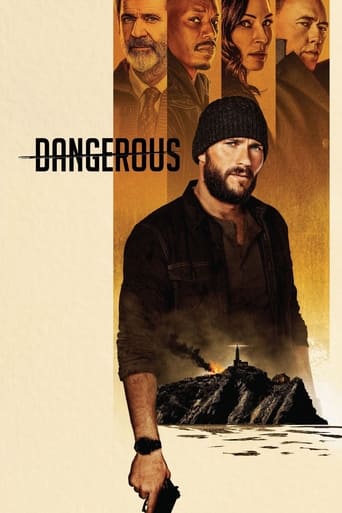 Dangerous 2021 DVD Cover. After his brother’s death, a repentant psychopath travels to a remote island. Soon after his arrival, the island is besieged by a dangerous mercenary gang, and when he learns of their involvement in his brother’s death, he embarks on a never-ending quest for vengeance.

With the help of a continuous supply of antidepressants and his quirky psychiatrist, an ex-con, and recovered psychopath Dylan Forrester (Scott Eastwood) is attempting to discreetly serve out his parole (Mel Gibson). When his brother dies in suspicious circumstances, Dylan breaks his parole and sets out to find the truth, aided by a tenacious FBI agent (Famke Janssen).

In this action-packed thriller starring Kevin Durand and Tyrese Gibson, a band of heavily armed mercenaries wants something Dylan’s brother was hiding, and Dylan will need all of his guile and tactical talents to survive.