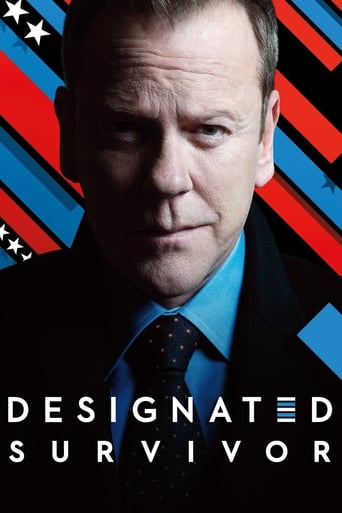 Designated Survivor The Complete Series DVD Cover. After a devastating attack during the State of the Union kills everyone above him in the Presidential line of succession, Tom Kirkman, a low-level cabinet official, is unexpectedly chosen President of the United States.

On the highly anticipated series Designated Survivor, Kiefer Sutherland plays Tom Kirkman, a lower-level cabinet member who is unexpectedly named President of the United States following a horrific attack on the US Capitol during the State of the Union. Kirkman will fight to keep the country and his own family from breaking apart while navigating the extremely combustible political arena and heading the investigation for the perpetrators of the assault in this gripping thriller.