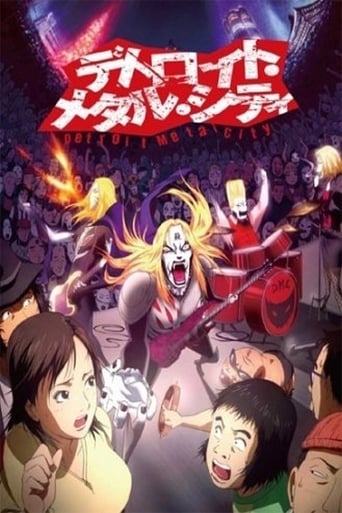 Soichi Negishi is a shy young musician who dreams of a career in pop. Dreams don’t pay the bills, so he’s ended up as the lead singer and guitarist of a death metal band, “Detroit Metal City”. In stage costume he is Johannes Krauser II, rumored to be a terrorist demon from hell, to have killed and raped his parents, to wield his giant death penis with abandon, and other menacing tales being said about him after each public performance.

The songs of DMC often encourage the audience to engage in immoral and illegal behavior, such as rape or murder, or tell of Krauser’s exploits with similar actions, in a parody of the genre. Negishi despises DMC and all that it stands for, but he can’t walk away as he has the talent to play the psychotic frontman of the band. Negishi is under his meager exterior a Rageaholic and also is very skilled in his guitar play.

Further, he feels an obligation to the rest of the band and his label, and even if he manages to escape, he is invariably being roped back in by the manager of the band’s label. The Krauser persona also functions as an outlet to vent his frustration over his failing personal career, which has not advanced beyond him being a street musician.

Playing his music in the street earns him nothing but the disapproval of bystanders over his cheesy pop songs. Negishi is envious of the popularity DMC and his Krauser persona enjoy in contrast to the music he actually wants to play being ridiculed, which in turn leads to his Krauser persona coming out more often, which leads to Krauser’s popularity growing. The series explores the futile attempts of Negishi to break this vicious circle, escape his DMC persona, and become a successful pop musician