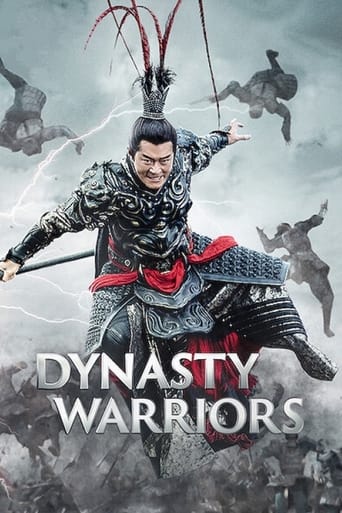 Dynasty Warriors 2021 DVD Cover. Warlords, warriors and statesmen wage a battle for supremacy in this fantasy tale based on the hit video games and the “Romance of the Three Kingdoms.”

The Han Empire is one of Imperial China’s three kingdoms. The Han Army and its chancellor, Dong Zhuo, are cornered by the rebel Yellow Turban army from all over the country. Liu Bei, Guan Yu, and Zhang Fei, three martial arts warriors, defeat the revolt and save Dong Zhuo. But chancellor Zhuo is too conceited to acknowledge three soldiers with no formal status or pedigree.

A vengeful Dong Zhuo proclaims the Han Dynasty’s emperor unfit to reign and seizes power. The faithful militants and generals are dissatisfied with Zhuo’s rule, but they are scared to challenge him. Cao Mengde, a Han Dynasty prince, resolves to assassinate Dong Zhuo in order to save the empire from perpetual dishonor.

Liu, Guan, and Zhang journey to the hero’s peak to form an alliance against Zhuo and atone for their error of assisting him in his struggle against the Yellow Turbans. A fort master tells them the story of Cao’s attempted murder of Zhuo and his banishment from the country in their dreams. She tells them of Lu Bu, Zhuo’s formidable general, who would become their archenemy.

The film goes on to detail their efforts to preserve the Han Dynasty from Zhuo’s atrocities.