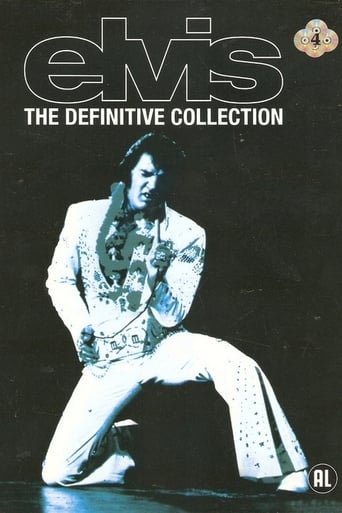 Includes:
BLUE HAWAII
Just out of the army Chad is back in Hawaii and looks forward to being with his buddies and his girlfriend but his father wants him to work at a fruit company.

ROUSTABOUT
Charlie is fired from a gig after brawling with a few college boys. After a night in jail, Charlie hits the road on his Honda motorcycle where he meets Maggie, who recognizes his musical talents.

EASY COME, EASY GO
Ted discovers what he believes could be a fortune in Spanish gold aboard a sunken ship and sets out to rescue it with the help of go-go dancing yoga expert.

GIRLS! GIRLS! GIRLS!
Ross Carpenter, who is caught between two women, has to find a way to buy the Westwind, a boat that he and his father built.

FUN IN ACAPULCO
Mike works on a boat in Acapulco. When the bratty daughter of the boat owner gets him fired, Mike must find new work. A little boy named Raoul helps him get a job as a lifeguard and singer at a hotel.

KING CREOLE
Elvis Presley plays a teenager who is forced to drop out of school to support his father. Saved by a saloon-keeper he lands up a job as a singer.

G.I. BLUES
McLean (Elvis Presley) dreams of running his own nightclub when he leaves the army and places a bet on his friend to spend a night with the most popular club dancer named Lili.