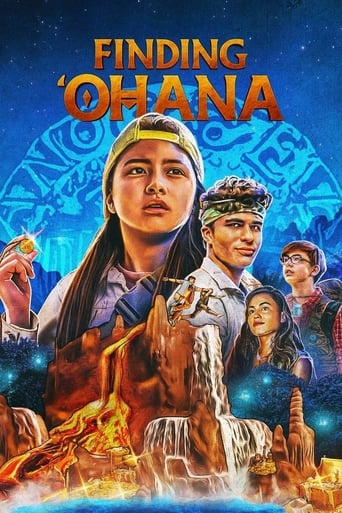 A summer in rural O‘ahu takes an exciting turn for two Brooklyn-raised siblings when a journal pointing to long-lost treasure sets them on an epic adventure with new friends, and leads them to reconnect with their Hawaiian heritage.

Initially skeptical about her new surroundings, Pili finds a cryptic pirate’s journal in her Papa’s studio hinting at a 200-year-old shipwrecked treasure hidden away in the island’s caves and mountains.

With her older brother and new friends in tow she uses her clue solving skills to lead them on an adventure of a lifetime through the natural wonders of Hawaiʻi.

As she learns to respect and love her native culture she also discovers not all secrets should be shared and that the real treasure in life is ‘ohana — her family.