For All Mankind Season 2 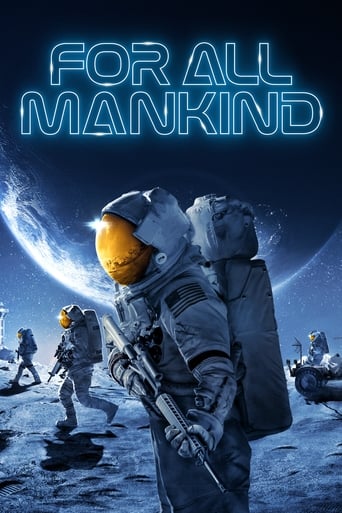 For All Mankind Season 2 DVD Cover. Explore an aspirational world where NASA and the space program remained a priority and a focal point of our hopes and dreams as told through the lives of NASA astronauts, engineers, and their families.

Season two of For All Mankind picks up a decade later, in 1983. It’s the height of the Cold War, and relations between the US and the Soviet Union are at an all-time high.

Ronald Reagan is president, and the larger aspirations of science and space exploration are in jeopardy when the US and the Soviet Union compete for ownership of resource-rich sites on the moon.

The Department of Defense has stepped into Mission Control, and the militarization of NASA becomes crucial to the storylines of many characters: some oppose it, some use it to further their own goals, and even others find themselves in the middle of a confrontation that might lead to nuclear war.