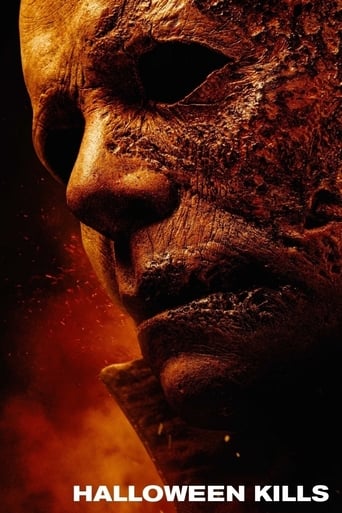 Halloween Kills 2021 DVD Cover. The saga of Michael Myers and Laurie Strode continues in the next thrilling chapter of the Halloween series.

In 2018, David Gordon Green’s Halloween, starring Jamie Lee Curtis, became the highest-grossing chapter in the four-decade franchise and set a new record for the greatest opening weekend in history for a horror picture starring a woman, generating more than $250 million worldwide.

And Michael Myers’ return on Halloween night isn’t over yet. Laurie Strode (Curtis), her daughter Karen (Judy Greer), and granddaughter Allyson (Andi Matichak) are rushed to the hospital with life-threatening injuries after leaving masked monster Michael Myers caged and burning in Laurie’s basement. Laurie believes she has finally killed her lifelong tormentor.

However, after Michael is free of Laurie’s trap, he resumes his ritual carnage. Laurie urges the entire town of Haddonfield to rise up against their unstoppable monster as she fights her pain and prepares to protect herself against him.
The Strode women join a gang of other survivors of Michael’s previous rampage who decide to take matters into their own hands and organize a vigilante mob to track down Michael for good. Tonight, evil perishes.