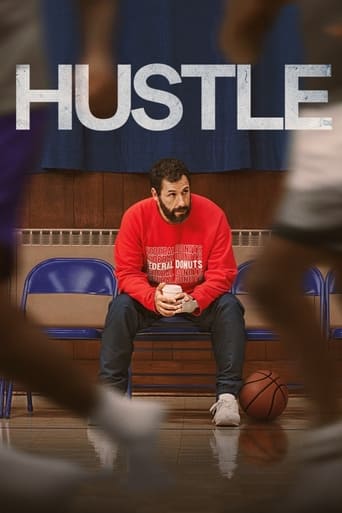 Hustle 2022 DVD Cover. After discovering a once-in-a-lifetime player with a rocky past abroad, a down-on-his-luck basketball scout takes it upon himself to bring the phenom to the States without his team’s approval. Against the odds, they have one final shot to prove they have what it takes to make it in the NBA.

In HUSTLE, Stanley Sugerman (Adam Sandler) has just been promoted by his mentor, Philadelphia 76ers owner Rex Merrick (Robert Duvall), from the drudgery of international scouting to assistant coach. This means that he’ll finally be able to spend more time at home with his wife, Teresa (Queen Latifah), and daughter Alex (Jordan Hull).

But when Rex dies unexpectedly, his son Sugerman’s rival, Vince (Ben Foster), takes over the team and sends Stanley back out on the road. On a scouting trip to Spain, Sugerman discovers a street player named Bo Cruz (Juancho Hernangomez). Vince refuses to give the young prospect a shot, so Sugerman takes a chance and foots the bill to bring Cruz back to the United States and train him for the draft.