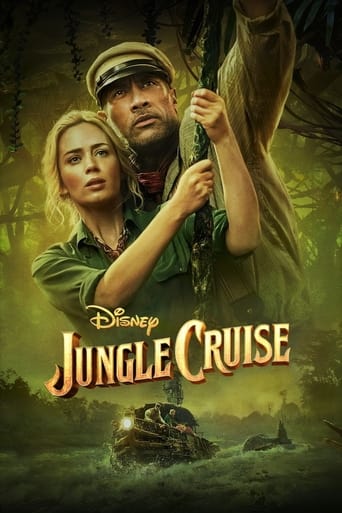 Jungle Cruise 2021 DVD Cover. Dr. Lily Houghton enlists the help of wisecracking captain Frank Wolff, who offers to sail her down the Amazon on his rusted boat. They work together to find an ancient tree with healing powers.

The Tears of the Moon, a legendary tree whose petals can cure any disease, heal any damage, and lift any curse, is sought by Spanish conquistadors in South America in the 16th century. The survivors are nursed back to health by a native tribe using tree petals after the majority of the soldiers perish in the forest. The Spanish burn the hamlet when they refuse to divulge the location of the tree, and they are cursed to never die and never be able to leave sight of the river as a result.

Dr. Lily Houghton and her brother MacGregor present an association of English explorers with Lily’s study on the Tears of the Moon in 1916, saying that the petals might revive medicine and assist in the war effort. The Houghtons ask to see an arrowhead found by Dr. Albert Falls, which Lily believes will help them find the tree. Lily steals the arrowhead instead of the tree after the organization refuses their request, thinking the tree to be a myth and a female scientist unsuitable to join their ranks. Prince Joachim, a German aristocrat who also wants the arrowhead and the tree, nearly misses her.

Frank Wolff takes visitors on jungle cruise river excursions in South America, which he embellishes with fabricated hazards and dumb jokes. When Nilo, a businessman, repossess his boat engine, he tries to reclaim it. When Lily catches him in the act, Frank pretends to be Nilo and tells her that the Tears of the Moon are a myth and that she won’t be able to endure the jungle’s perils, but his tone changes when he discovers Lily has the arrowhead. When the actual Nilo arrives there, Frank’s lie is discovered, but Lily employs him nevertheless when he underbids Nilo and heroically fights off a wild jaguar assault.

On Frank’s boat, Frank, Lily, and MacGregor are almost intercepted by Nilo, who is attempting to reclaim his engine, mercenaries paid by Joachim to collect the arrowhead from Lily, and Joachim himself, who is attacking aboard a German submarine. After they realize their error, it is revealed that the attacking jaguar was Frank’s pet Proxima, and Lily begins to doubt Frank’s trustworthiness.

Joachim tracks down the cursed conquistadors, whose bodies had turned to stone after straying too far from the river and becoming plagued with tree roots, snakes, and insects over time. By diverting the river, Joachim frees them and promises to help them overcome the curse if they help him find the arrowhead.

Frank, Lily, and MacGregor get closer as they go down the river. MacGregor tells Frank that his family was on the verge of disowning him because of his homosexuality, but Lily stayed by him. When Lily breaks into Frank’s cabin, she uncovers pictures and sketches of modern technologies like the vehicle, as well as arrowhead drawings and studies on the Tears of the Moon.

Lily accuses Frank of desiring the tree for himself, but he explains that he stopped up looking for it a long time ago, believing it was impossible to find. They are ambushed by a tribe of “cannibals” who want the arrowhead, but this is shown to be a ruse perpetrated by Frank in collaboration with a friendly tribe. Frank apologizes and claims that he was unable to cancel the arrangement, but Lily dismisses his apology.

The tribe’s female leader, Trader Sam, deciphers the inscription on the arrowhead, revealing the tree’s location and the fact that it only blooms under a blood moon. The conquistadors assault and seize the arrowhead; Frank recovers it and returns it to Lily, but he is struck in the chest with a sword and dies. Lily flees the river to avoid being pursued by the Spaniards.

Lily finds the next morning that Frank has miraculously survived. He explains that his real identity is Francisco and that he is a cursed conqueror who is unable to die or leave the river. The search for the tree began as a noble mission to save the leader’s ailing daughter, but when the indigenous were assaulted by the Spaniards, Frank turned sides to assist the villagers. Frank imprisoned the others in a cave away from the river after years of warfare. He then spent time looking for the tree that would help him break his own curse, but he couldn’t find it without the arrowhead.

While Lily and Frank make the final trek to the tree, a wounded MacGregor stays behind with Trader Sam. Joachim captures MacGregor and forces him to divulge the location of the tree. Under the crimson moon, Frank, Lily, the Germans, and the Spaniards all converge on the tree, which begins to flower. As they struggle, the moon fades fast, and Lily is only able to regain one petal. Frank smashes his boat into the river, turning himself and the other Spaniards into stone, and MacGregor murders Joachim. Lily uses the petal to resurrect Frank and break the curse, only to discover that one petal remains for Lily’s research due to a shift in the moonlight. 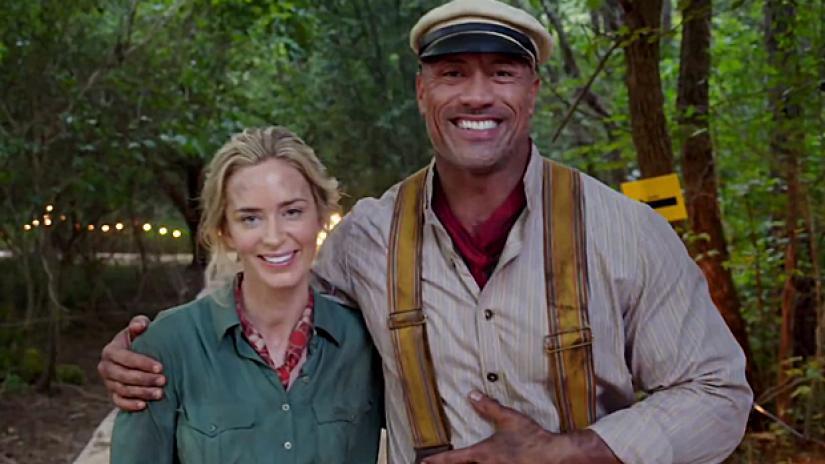 Lily has been offered full membership in the society in London, which she declines. She takes Frank to London and offers him his first driving instruction in her car, all while giving a cheesy jock. That is the end of Jungle Cruise.