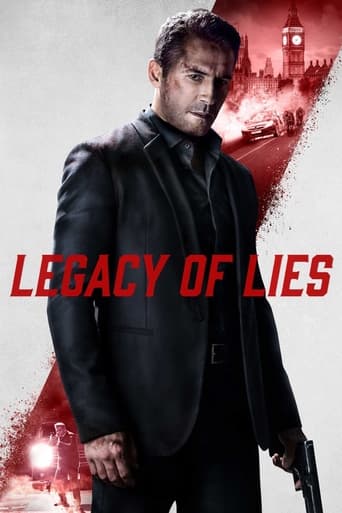 Legacy of Lies 2020 DVD Cover. An ex-MI6 agent is thrown back into the world of espionage and high stakes to uncover the shocking truth about operations conducted by unknown secret services.

Martin Baxter, a former MI6 agent and assassin, is pushed back into the espionage game when a reporter approaches him about a high-profile case. A murder charge has been filed against a Russian opposition activist who became ill unexpectedly.

The journalist suspects that unidentified secret agencies are carrying out unlawful actions. Fearing for his daughter’s safety as events develop, Martin attempts to get her to safety only to be stopped by the KGB.

They abduct Martin’s daughter and offer him an ultimatum: send a safe case of top secret data and the reporter, dead or alive, to the KGB within 24 hours, or they’ll kill his daughter.