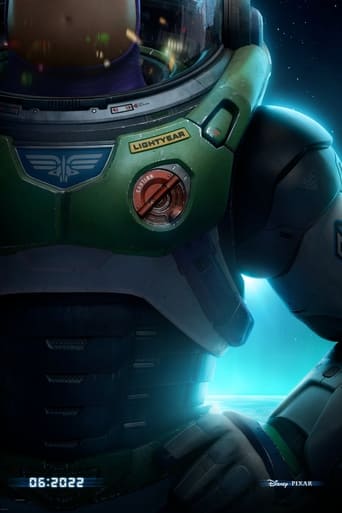 LIGHTYEAR begins with a reminder that, in 1995, a boy named Andy was given a Buzz Lightyear action figure from his favorite movie — and this is that movie. (In other words, this movie is not the origin story of Andy’s beloved toy and Woody’s best friend: This movie is positioned as the reason the toy existed in the first place.)

The Buzz in this movie (voiced by Chris Evans) is indeed a Space Ranger who takes his missions very seriously. While he’s investigating an alien planet with his commanding officer/best friend, Commander Alisha Hawthorne (Uzo Aduba), and a rookie who has a lot to learn about being a space ranger, sentient vines start entangling them and their spacecraft, and all 1,200 passengers end up marooned there.

Trying to fix the spacecraft, Buzz volunteers to undergo a series of test flights (with help from a brilliant therapy cat robot named Sox) to see whether they’re capable of achieving hyperspace and getting off the planet. But Buzz discovers that each flight costs him time — four years or more. In between test flights, he reconnects with Alisha and her growing family (wife, son, and eventually granddaughter).