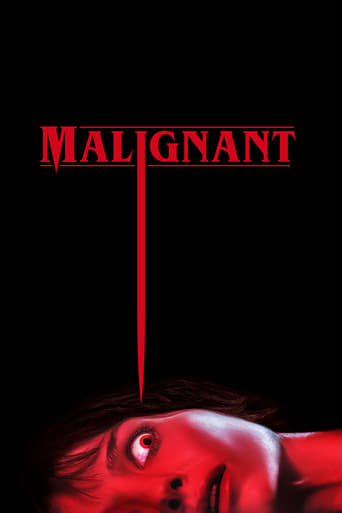 Malignant 2021 DVD Cover. Madison is paralyzed by shocking visions of grisly murders, and her torment worsens as she discovers that these waking dreams are in fact terrifying realities.

Maddie (Annabelle Wallis) is a woman who has suffered three miscarriages and is married to an abusive husband, Derek (Jake Abel), while living in an obviously haunted mansion in Seattle. A ghost visits Derek with the kind of bodily devastation normally reserved for vehicle collisions after Derek throws Maddie so hard against a wall that blood gushes from the back of her head.

The next day, two detectives come on the scene, one serious (Michole Briana White) and the other, a tall glass of water (George Young), who takes a dim view of Maddie’s sister Sydney (Maddie Hasson). Despite the fact that the lights keep flickering and she’s seen a ghoulish looming figure strolling around the dusty place, Maddie refuses to leave her eerie old murder mansion, like she does in every haunted house movie. But the heart-pounding scenes of Maddie’s nights alone at home gradually give way to something more, as other murder victims appear seemingly at random around town.