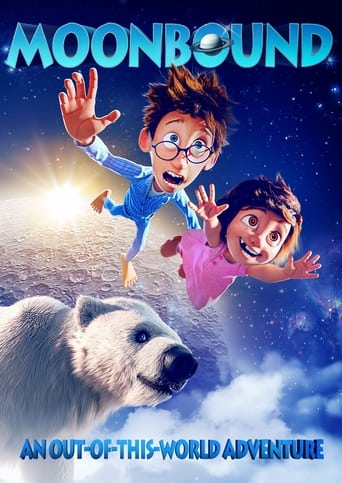 Moonbound 2021 DVD Cover. Based on one of Germany’s most popular children’s books MOONBOUND tells the story of little Pete who embarks on an enchanting journey together with June bug Mr. Zoomzeman and the Sandman to rescue his little sister from the evil Moon Man.

Peter must fly to uncharted territory: the Moon, where he embarks on a remarkable mission to save his young sister Anne. When Anne attempted to assist the beetle Mr Zoomzeman in his search for his wife, she was captured by the terrible Moon Man. Peter arrives in the Star Meadow on his fantastic voyage, where he encounters the sleepy Mr. Sandman.

They can only find out where Anne is at the Night Fairy’s dinner in the palace in the sky, he knows, but there aren’t enough seats for everyone. As a result, they enter the wild race against the five Spirits of Nature along the Milky Way: Storm Giant, Lightning Witch, Henry Hail, Rainy Robin, and Mother Frost…