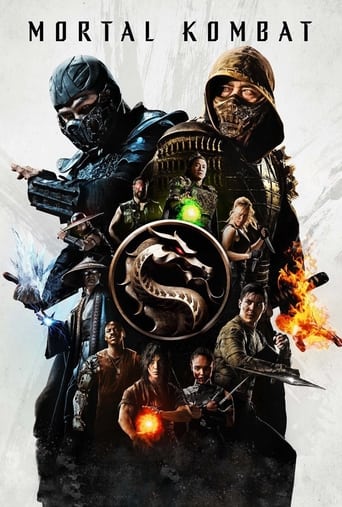 Mortal Kombat 2021 DVD Cover. Cole Young (Lewis Tan), an MMA fighter used to taking a beating for money, has no idea who he is or why Outworld’s Emperor Shang Tsung (Chin Han) has dispatched his best warrior, Sub-Zero (Joe Taslim), an otherworldly Cryomancer, to track him down.

Soon after, he arrives at the temple of Lord Raiden (Tadanobu Asano), an Elder God and Earthrealm’s protector, who offers sanctuary to those who bear the mark.

Cole trains with seasoned warriors Liu Kang (Ludi Lin), Kung Lao (Max Huang), and rogue mercenary Kano (Josh Lawson) as he prepares to face the enemies of Outworld in a high-stakes fight for the cosmos. Will Cole be pushed far enough to unleash his arcana—the immense force concealed deep inside his soul—in time to save not only his kin, but also to bring an end to Outworld for good?