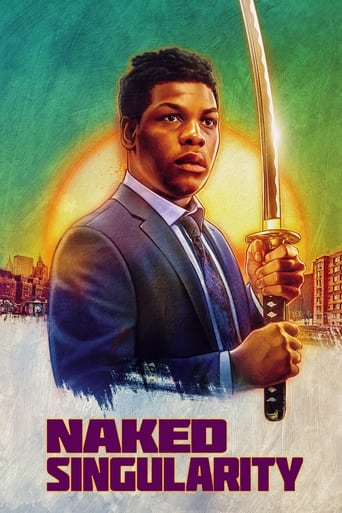 Naked Singularity 2021 DVD Cover. When a successful New York public defender loses his first case, he is pulled into a drug heist by a former client in an effort to beat the broken system at its own game.

Casi (John Boyega) is a promising young NYC public defender whose idealism is beginning to crumble under the daily injustices of the very justice system he’s seeking to rectify.

He is drawn into a perilous high-stakes drug heist by an unpredictable former client (Olivia Cooke) in an attempt to beat the broken system at its own game, doubting all he has worked for and seeing indications of the cosmos collapsing all around him.