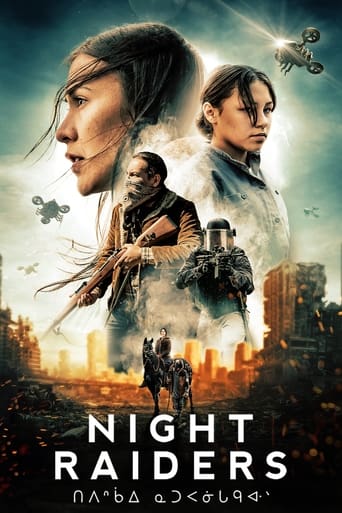 Night Raiders 2021 DVD Cover. A mother joins an underground band of vigilantes to try to rescue her daughter from a state-run institution.

The time is 2043. The military occupation took control of the deprived cities in the north after the war. America. Children are the property of the country.

A desperate Cree woman joins an underground organization A group of volunteers sneaked into the State Children’s College and asked her daughter to come back. This movie is a dystopian drama dominated by women, about resilience, courage, and love.

The movie was selected for the International Financing Forum at TIFF 2018, and the Sundance Institute’s Talent Forum in 2019.