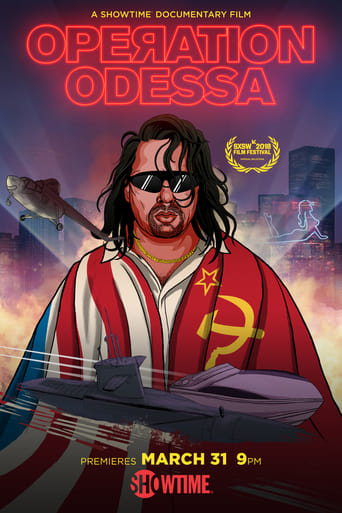 Embed HTML not available.
DOWNLOAD FULL COVER BECOME A VIP MEMBER Join us and download all covers in high resolution!

Operation Odessa 2018 DVD Cover. The stranger-than-fiction true story of a Russian mobster, a Miami playboy, and a Cuban spy who teamed up in the early ’90s to sell a Soviet submarine to the Cali Cartel.

Operation Odessa is a true crime drama from the director and creators of The Seven Five, featuring a Russian mobster, a Miami playboy, and a Cuban spy who teamed up to sell a nuclear submarine to a Colombian drug cartel.

The documentary tells the story of three friends who set out to hustle the Russian mafia, the Cali cartel, and the DEA for the score of a lifetime, hopping from Brooklyn to Miami and Cali to Moscow.

The story sparked a worldwide media frenzy. Still, until now, the fact of what actually happened remained a dark legend.