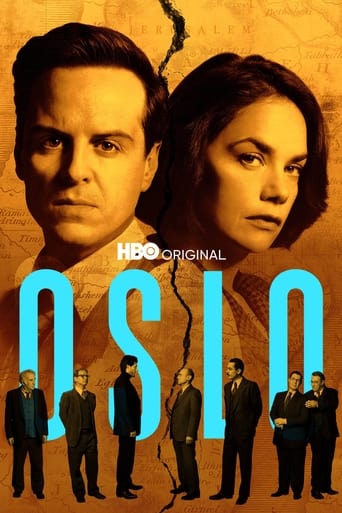 Oslo 2021 DVD Cover. The actual story of the covert back-channel conversations, unusual alliances, and quiet heroism of a small but dedicated group of Israelis, Palestinians, and one Norwegian couple that resulted in the 1993 Oslo Peace Accords.

Oslo is based on a true story of discussions between bitter foes that led to the 1993 Oslo Peace Accords. It is adapted from the Tony Award-winning play of the same name.