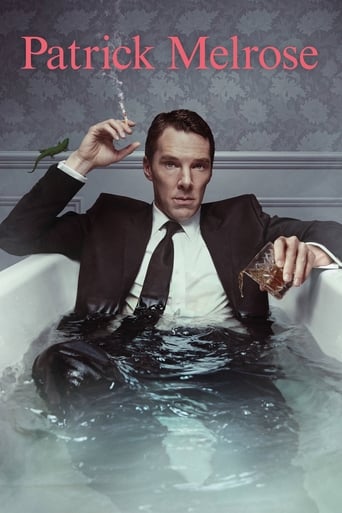 Patrick Melrose 2018 TV Mini Series DVD Cover. The protagonist is following the harrowing odyssey of a highly traumatic childhood through adult drug use and eventually towards rehabilitation from a critical and sometimes funny perspective on the higher class.

The series takes place in New York and London, from Patrick’s early childhood in Southern France in the sixties to his life in adulthood, following the wounded man’s harrowing quest for his salvation and restoration attempts.

On the basis of Edward St Aubyn’s novels.