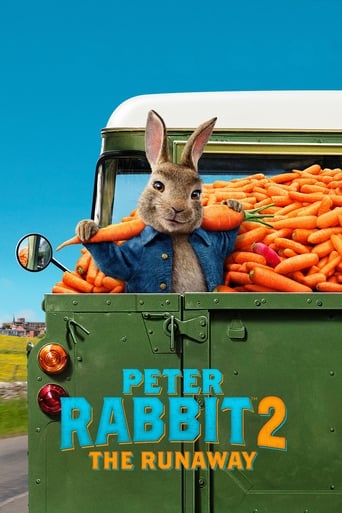 Following the marriage of Bea and Thomas and the publication of the acclaimed novel based on Peter and his friends’ exploits, Peter feels as though everyone only sees him as a renegade.

As a result, when Bea and Thomas decide to take a trip, Peter views it as a chance to flee.

The beloved rogue returns in PETER RABBITT 2 THE RUNAWAY. Bea, Thomas, and the bunnies have formed a temporary family, but Peter can’t seem to shed his reputation for mischief, despite his best attempts.

When Peter ventures outside of the garden, he discovers a world where his mischief is admired, but when his family sacrifices everything to locate him, Peter must decide what sort of rabbit he wants to be.