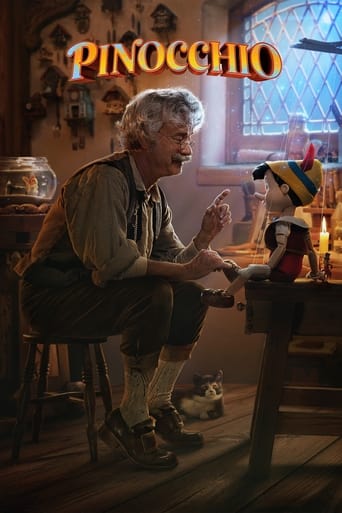 Pinocchio 2022 DVD Cover. A wooden puppet embarks on a thrilling adventure to become a real boy.

Academy Award® winner Robert Zemeckis directs this live-action and CGI retelling of the beloved tale of a wooden puppet who embarks on a thrilling adventure to become a real boy.

Tom Hanks stars as Geppetto, the woodcarver who builds and treats Pinocchio (Benjamin Evan Ainsworth) as if he were his real son.