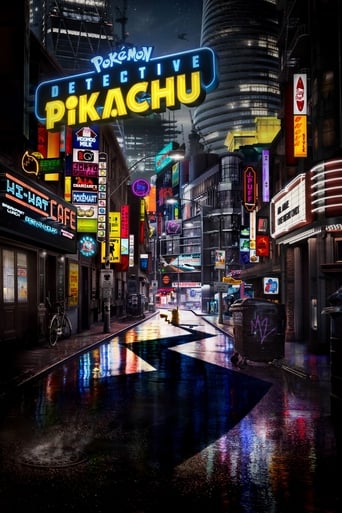 Pokémon Detective Pikachu 2019 DVD Cover. A youngster meets an intelligent monster that wants to be a detective in a world where people gather pocket-sized monsters (Pokémon) to combat.

The story begins with a strong Pokémon setting fire to a laboratory and then causing a deadly vehicle accident in Ryme City, a location where Pokémon and humans coexist without fights or trainers.

Tim (Justice Smith), 21, learns that his estranged father, Harry, a renowned police investigator, was killed in the accident in another city, and he journeys to Ryme City to recover his father’s belongings.

Tim finds that his father’s Pikachu (voiced by Ryan Reynolds) companion, who was previously thought to be dead, is alive but has no memory while staying in his father’s apartment. What’s even scarier?

When the Pikachu speaks, Tim understands it, but everyone else hears the standard (and charming) “Pika Pika.” In addition, the team finds that a bottle of gas found in Harry’s apartment may briefly convert Pokémon into anger monsters.

Tim and Pikachu chase out Harry’s sources across Ryme City, seeking to uncover answers, wherever they may lead, with the assistance of Lucy (Kathryn Newton), a young reporter who wants to delve into the deadly gas and what happened the night of the disaster.