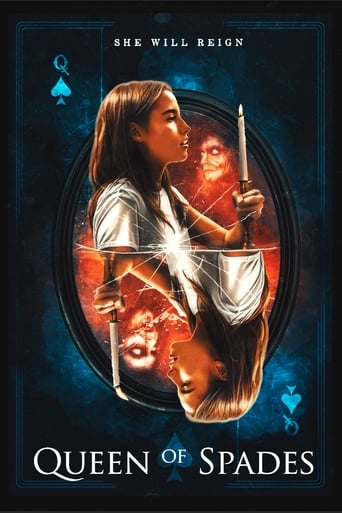 An dreadful creature known as the Queen of Spades may be summoned, according to tradition, by executing an old ritual.

Those who are bold enough to draw a door and a staircase in the dark on a mirror while saying her name three times.

What follows must be witnessed to be believed. As a prank, four adolescents summon the Queen of Spades.

But they had no idea the horrors to which this harmless joke had doomed them and their loved ones. The wicked thing will not stop until their souls have been taken.