Rise of the Teenage Mutant Ninja Turtles The Movie 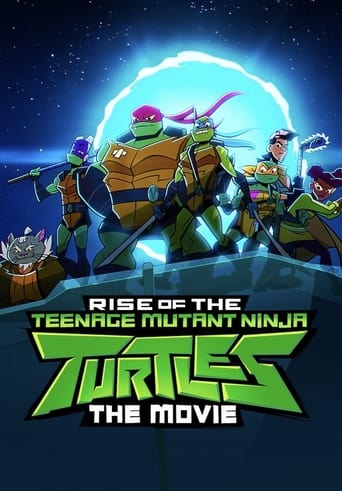 Rise of the TMNT The Movie 2022 DVD Cover – Summary

Rise of the TMNT The Movie 2022 DVD Cover – When a mysterious stranger arrives from the future with a dire warning, Leo is forced to rise and lead his brothers, Raph, Donnie, and Mikey in a fight to save the world from a terrifying alien species.

In RISE OF THE TEENAGE MUTANT NINJA TURTLES: THE MOVIE, a stranger from the future named Casey (Haley Joel Osment) travels back in time to warn the Ninja Turtles about an alien invasion from a species called The Krang. When he finally finds the team of brothers, it’s already too late, and the key they were advised to find has already been stolen.

To make matters worse, the Ninja Turtles lose their mystic powers. Leo (Ben Schwartz) has a hard time taking orders from his big brother Raph (Omar Benson Miller). Will the team be able to set aside their egos and work together as a team to stop an alien invasion threatening to destroy the universe? The teen turtles are put to their ultimate test to see if they can rise to the occasion.

Watch Rise of the TMNT The Movie Now