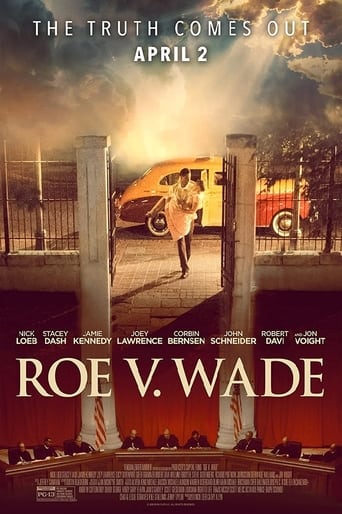 Roe v. Wade 2021 DVD Cover. Dr. Bernard Nathanson and Dr. Mildred Jefferson square off in a national battle in this untold conspiracy that led to the most famous and controversial court case in history.

In this untold conspiracy, Dr. Bernard Nathanson and Dr. Mildred Jefferson face off in a nationwide struggle that leads to the most successful and notorious legal case in history.

Margaret Sanger, the founder of Planned Parenthood, starts the film by launching an effort known as “The Negro Project.”

She makes a speech at a KKK protest, outlining her plans to legalize abortions in order to reduce the rise of the African-American population.

A group of activists sets out around the world in search of a pregnant woman who can be used to sue the government for her right to an abortion.

They find the ideal pawn: Norma McCorvey, now known as “Jane Roe,” a young woman with a 10th-grade degree who is dealing with poverty and other problems. We watch as Norma and her defense staff file a lawsuit against Dallas County District Attorney Henry Wade.
Roe v. Wade is born.

Now that the activists had won their case in both state and federal courts, they needed to persuade Supreme Court Justices to vote in their favor.

Their supporters fabricated polling and figures for the newspapers, and Planned Parenthood’s Bernard and Betty Friedman also enlisted Hollywood’s help, persuading studio executives to produce pro-abortion TV shows and films. All of which was undertaken in order to sway public opinion and control the judiciary.

A few people were able to stand up for the unborn’s rights. Dr. Mildred Jefferson, the first African American woman to graduate from Harvard Medical School, is at the forefront of this war.

She joined the Catholics and a dedicated group of people in their efforts to educate Americans about the facts, but they quickly discovered they were up against the most well-funded insurgency in American history.