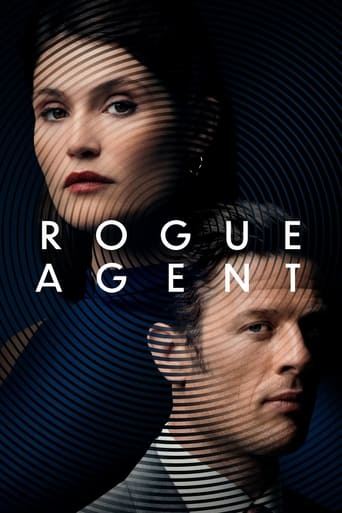 Rogue Agent 2022 DVD Cover. The TRUE, extraordinary, and chilling story of career conman Robert Freegard who masqueraded as an MI5 agent and fooled people into going into hiding, and the woman who fell for him, and then brought him down.

Opening in 1993, the film’s prologue of sorts sets the stage for Freegard’s greatest con, as Arterton’s Alice Archer tells the audience about the trick he used to gain someone’s trust: Look them in the eye long enough to learn their eye color. Nine years before Freegard met Alice, he was capitalizing on the final years of The Troubles, masquerading as an MI-5 agent on assignment to recruit spies to uncover members of the Irish Republican Army.

He’s smart and calculated when it comes to reeling in his targets. He takes a job at a small pub, turns on the charm, and draws in a young, foolish university student looking to make a difference in the world. With one student ensnared in his game, he manages to lure in two more and concoct a ploy to convince them that they’re on the cusp of greatness. But he isn’t an undercover spy. He’s a con man looking to use the students’ convictions to foot the bill for his next con.