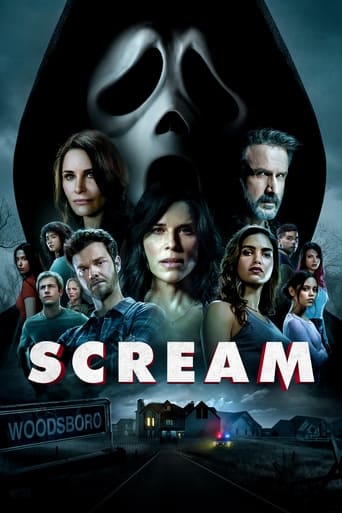 Scream 2022 DVD Cover. Twenty-five years after a streak of brutal murders shocked the quiet town of Woodsboro, a new killer has donned the Ghostface mask and begins targeting a group of teenagers to resurrect secrets from the town’s deadly past.

In SCREAM, 25 years after the Ghostface Killer first struck, teen Tara Carpenter (Jenna Ortega) gets a call from a stranger asking her about her favorite scary movie. Not long after, she’s attacked and stabbed. Her estranged older sister, Samantha (Melissa Barrera), and Sam’s boyfriend, Richie (Jack Quaid), return to Woodsboro to be with her.

When the killer attacks again, Sam and Richie seek out the retired Dewey Riley (David Arquette), who reluctantly agrees to help, describing the rules of survival to a group of Tara’s friends — and adding that the killer is likely one of them. Horror movie buff Mindy (Jasmin Savoy Brown) explains her theory that this is all a “re-quel.”

Meanwhile, Sam makes the decision to reveal her dark secret, the likely reason for the new rash of killings. Before long, Gale Weathers (Courteney Cox) and Sidney Prescott (Neve Campbell) arrive in town to hopefully put an end to the killings for good.