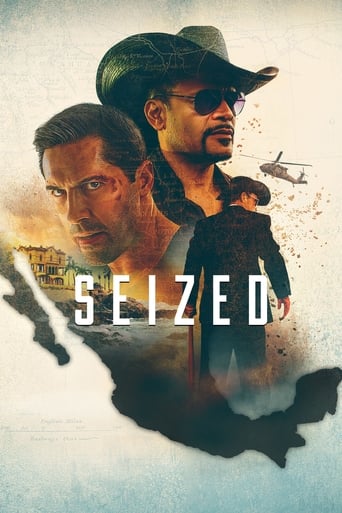 Seized 2020 DVD Cover. Hiding out with his son Taylor on the Mexican coast, Nero hopes to put his violent Special Forces career behind him. But after Nero’s home is attacked and Taylor is abducted, the mysterious Mzamo orders Nero to slaughter the members of three rival crime syndicates. If he fails, Taylor will die. Now, with bullets flying and bodies dropping as Nero completes his mission, he races to find Mzamo’s hideout and seek revenge.

Former special forces agent Nero moved to a quiet seaside town to raise his son. He abandoned his past life, but he was rudely awakened by a voice-modulating phone call, telling him that his son had been kidnapped. In order to keep his son alive again, Nero must eliminate three dangerous criminal groups composed of highly skilled criminals and kill them one by one.

But he must work alone, facing more and more obstacles and weapon levels, in order to uncover the identity of the person behind the terrible conspiracy. Time is passing, Nero cannot waste any time or make any mistakes, otherwise, he will risk losing his son forever.