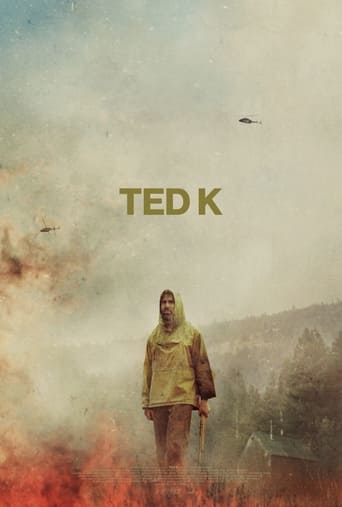 Ted K 2022 DVD Cover. The True Story of Ted Kaczynski, the infamous Unabomber, who wants to destroy modern technology to create a world for himself in the Montana wilderness.

Based on the true story, TED K is an exploration of Ted Kaczynski’s life in Lincoln, Montana in the years leading up to his arrest as The Unabomber.

TED K is a bracing journey into the mind of America’s most notorious and enigmatic criminal recluse, The Unabomber, whose radical rage culminates in deadly bomb attacks, national media attention, and the largest manhunt in American history.

“A stunning performance by Sharlto Copley, who finds emotional mercury in Kaczynski’s boiling cauldron of rage”