The Ash Lad In Search of the Golden Castle 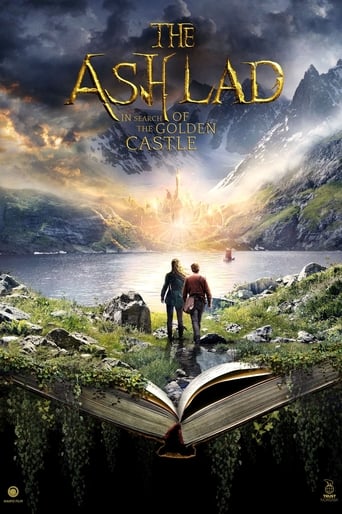 The Ash Lad In Search of the Golden Castle – Summary

Download The Ash Lad In Search of the Golden Castle DVD Cover. When the King and Queen are poisoned, Per and Pl are captured and accused of being the perpetrators.

Princess Kristin and younger brother Espen “Ash Lad” set out on a journey to find the legendary Soria Moria palace, which is claimed to be made of pure gold.

There is a well in Soria Moria that contains the Water of Life, which is the only thing that will heal Kristin’s kin.

However, those nefarious Danes are already on the lookout for the castle. If Espen and Kristin lose, the brothers, the empire, and perhaps the whole world will perish.

The Ash Lad In Search of the Golden Castle – Synopsis

Espen, his father, and half-bothers are overjoyed when prince Raul transports them in a royal carriage to a grand ball for suitors of king Erik’s daughter Kristin, but they are horrified when Pera and Pl are wrongly accused of poisoning the king and thrown into the dungeon.

Espen embarks on a long journey with princess Kristin in search of the water of life in the legendary palace of Soria Moria, hidden deep underneath an enchanted Norwegian lake and guarded jealously by its grim king’s monsters.

They meet thieves and fortune hunters along the way, who cause trouble, but they eventually discover hints from the one man who has ever returned from the lake, just in time for the execution of the suspected regicide perpetrators and the inthronization of the true killer, unless they can save it.