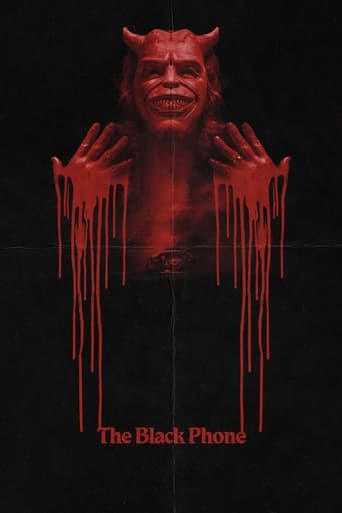 The Black Phone 2022 DVD Cover. Finney Shaw, a shy but clever 13-year-old boy, is abducted by a sadistic killer and trapped in a soundproof basement where screaming is of little use. When a disconnected phone on the wall begins to ring, Finney discovers that he can hear the voices of the killer’s previous victims. And they are dead set on making sure that what happened to them doesn’t happen to Finney.

In THE BLACK PHONE, it’s 1978 in Denver. Local boys have been disappearing, never to be found. Thirteen-year-old Finney (Mason Thames) is frequently bullied at school, even though his firecracker younger sister Gwen (Madeleine McGraw) sticks up for him. Gwen has clairvoyant powers and sometimes dreams about “The Grabber” (Ethan Hawke), who kidnaps the boys and leaves behind black balloons.

Meanwhile, Finney befriends tough, smart Robin (Miguel Cazarez Mora) and is given a brief reprieve from those who target him. Unfortunately, Robin also disappears, soon followed by Finney himself. Trapped in a concrete room, Finney starts getting mysterious calls on a broken black phone. With help from the voices on the other line and his sister’s dreams, Finney begins to attempt his escape.