The Conjuring The Devil Made Me Do It 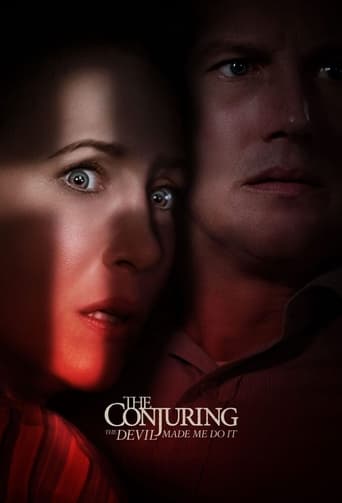 The Conjuring The Devil Made Me Do It – Summary

The Conjuring The Devil Made Me Do It 2021 DVD Cover. Ed and Lorraine Warren, paranormal investigators, come upon what would become one of their most famous cases.

The battle for the soul of a little child pushes them to new heights, marking the first time in American history when a murder suspect claims demonic possession as a defense.

The Conjuring The Devil Made Me Do It – Synopsis

Even seasoned real-life paranormal investigators Ed and Lorraine Warren were horrified by the harrowing tales of fear, murder, and unknown evil revealed in “The Conjuring: The Devil Made Me Do It.” One of their most dramatic cases begins with a battle for a little boy’s soul, then leads them beyond anything they’d ever seen before, to become the first time in US history that a murder suspect claimed demonic possession as a defense.

Lorraine and Ed Warren are played by Vera Farmiga and Patrick Wilson, and the film is directed by Michael Chaves (“The Curse of La Llorona”). Ruairi O’Connor (Starz’s “The Spanish Princess”), Sarah Catherine Hook (Hulu’s “Monsterland”), and Julian Hilliard (Penny Dreadful: City of Angels” and “The Haunting of Hill House”) all feature in the film.