The Exorcism of God 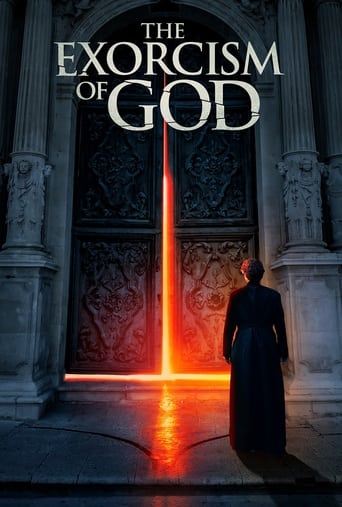 The Exorcism of God 2022 DVD Cover. An American priest working in Mexico is considered a saint by many local parishioners. However, due to a botched exorcism, he carries a secret that’s eating him alive until he gets an opportunity to face his demon one final time.

Father Peter Williams, an American exorcist, is possessed by the demon he was trying to expel from a young woman and for which he is forced, against his will, to commit the most terrible sacrilege.

Eighteen years later, trying to keep his guilt buried under charity work for the poor and children in a small town in Mexico, Peter discovers that the demon has returned. This time it has possessed a young woman named Esperanza, and in addition, it also unleashes a deadly illness among the town’s children.

But his true purpose is something else: to possess Peter’s soul. To exorcise Esperanza, Peter must confess his sin, but if he does, he will condemn himself not only to a fate of excommunication, but also to sacrifice his faith, his home, his soul, and the chance to save the people he cares about most.

Watch The Exorcism of God Now