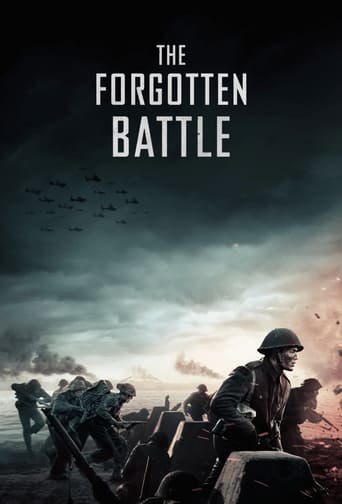 The Forgotten Battle 2021 DVD Cover. In 1944, the Second World War. A British glider pilot, a Dutch boy fighting on the German side, and a member of the Dutch female resistance group were all involved in the Battle of Scheldt. Their choices are different, but their goal is the same: freedom.

September 1944. The Allied forces occupied the port of Antwerp, but the Germans still controlled the mouth of the Scheldt, preventing supplies from reaching Antwerp and the Allied forces. Wallhern Island was the key to the German defense. Start the market garden operation, hoping to penetrate directly into Germany through Arnhem in the Netherlands.

A glider in this operation was forced to land in Wallchelen, leaving a small number of British troops trapped behind enemy lines. At the same time, a Dutch teenager accidentally killed three Germans, triggering a series of tragic incidents. The German Staff is a Dutch soldier, and he is now beginning to question his loyalty.