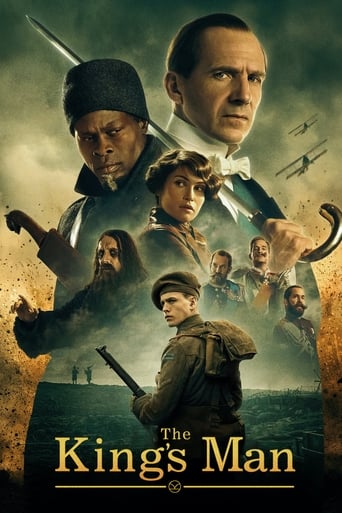 The King’s Man 2022 DVD Cover. As a collection of history’s worst tyrants and criminal masterminds gather to plot a war to wipe out millions, one man must race against time to stop them.

Discover the origins of the very first independent intelligence agency in THE KING’S MAN. A group of history’s worst tyrants and criminal masterminds, including Rasputin (Rhys Ifans), has gathered to plot a mercenary war that will wipe out millions of innocent people across the world. Enter Kingsman, the world’s very first independent intelligence agency.

Sworn to operate at the highest levels of ethics and discretion, the lethal, impeccably trained spies use an elite haberdashery business as a front for the organization. Dedicated to stopping the imminent carnage, Kingsman founding member, the Duke of Oxford (Ralph Fiennes), recruits a protege, Conrad (Harris Dickinson), to join the organization and help set history on a more positive course.

Directed by Matthew Vaughn and starring a stellar cast, including Gemma Arterton, Matthew Goode, Tom Hollander, Daniel BrÃ¼hl, with Djimon Hounsou and Charles Dance, THE KING’S MAN is an exhilarating chapter in the Kingsman franchise.