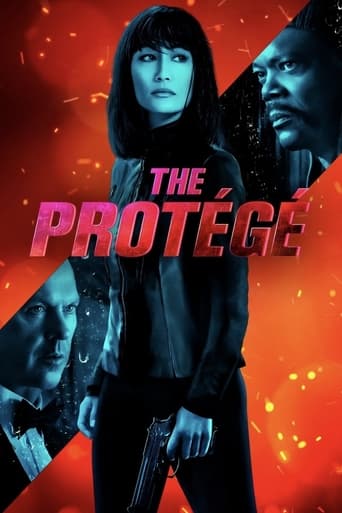 The Protege 2021 DVD Cover. Anna is the world’s most proficient contract killer, having been rescued as a kid by the famous assassin Moody. When Moody is brutally murdered, however, she swears vengeance on the man who taught her everything she knows.

Anna (Maggie Q) is the world’s most accomplished contract killer, having been rescued as a kid by the famous assassin Moody (Samuel L. Jackson) and educated in the family profession.

When Moody, the guy who treated her like a son and taught her all she knows about trust and survival, is brutally murdered, Anna vows vengeance.

Their fight turns deadly as she becomes embroiled with an enigmatic murderer (Michael Keaton) whose desire to her goes well beyond cat and mouse, and the loose ends of a life of murdering will weave themselves increasingly tighter.