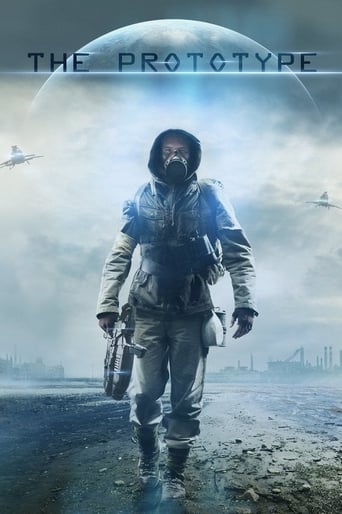 The Prototype 2022 DVD Cover. A government agent stumbles upon an alien conspiracy to conquer Earth. Using a blue liquid created by the aliens to make soldiers stronger, he becomes The Prototype-the only hope for mankind.

Garrett Brown wakes up to a destroyed world 300 years into the future. His memory is slowly coming back thanks to drinking a blue liquid provided by human clones that survived the nuclear holocaust.

Garrett remembers being part of a United States government agency and leading an investigation, in which terrorist aliens, led by Reverend Jeremiah C. Hope, plan to take over the planet.

Garrett dies protecting us but is buried and hidden by the agency to later resurrect in the future. He and the clones who saved him must now come together to overthrow Piak, the alien conqueror, and take back Earth.