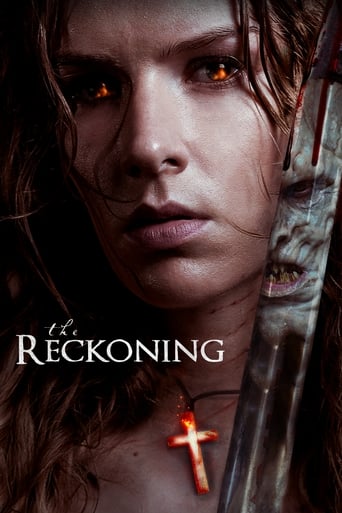 The Reckoning 2021 DVD Cover. After the Great Plague devastated the country, many young widows faced death in a world consumed with paranoia about death.

She has been in prison because she had rejected her landlord’s advances, not because she was a witch. For the sake of her soul, she must brave England’s most sadistic witch-hunter and confront her own personal demons.

A young widow struggles with the horrific death of her husband in a world totally engulfed by terror and death in the wake of the Great Plague and the ensuing witch-hunts against women.

She is wrongly convicted of being a witch and imprisoned for a crime she did not commit when she refuses the advances of her landlord.

She must suffer physical torture at the hands of England’s most vicious witch-hunter, as well as her own inner devils, as the devil himself begins to worm his way into her psyche.