The Stand at Paxton County 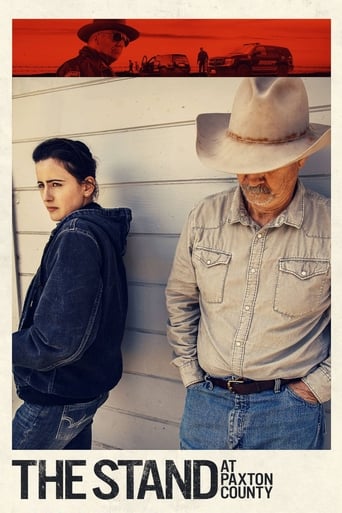 The Stand at Paxton County 2020 DVD Cover. A military veteran comes home to find her father harassed by a sheriff intent on confiscating the livestock on their ranch under shady pretenses.

Janna Connelly, a U.S. Army battle nurse, is called home to support her estranged father after he experiences a heart attack.

She finds their once-pristine ranch in disarray, as well as a local Sheriff with nefarious connections who is stealing cattle from local ranchers.

When she fights corrupt government powers, Janna is forced to face her long-buried emotional past.

Inspired by the true story of Gary Dassinger, a rancher from Dickinson, North Dakota, and his struggle to save his horses from being seized by the government in 2017.