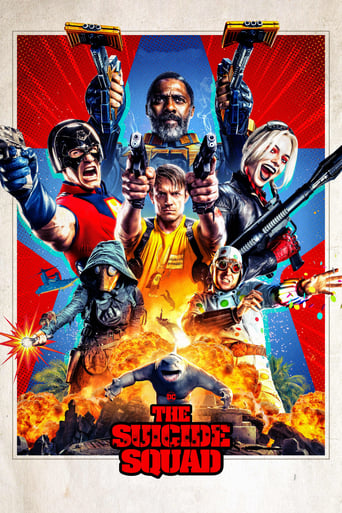 Welcome to Belle Reve, the jail with the highest death rate in the United States of America. Where the worst Super-Villains are held and will go to any length to get out, even joining the super-secret, super-shady Task Force X.

The Squad is on a search-and-destroy mission through a jungle teeming with militant enemies and guerilla forces at every turn, with only Colonel Rick Flag on the ground to keep them in line…and Amanda Waller’s government techies in their ears, watching their every move. And, as is always the case, one false move results in death (whether at the hands of their opponents, a teammate, or Waller herself). If anyone is betting, the odds are stacked against them—all of them.