The World in His Arms 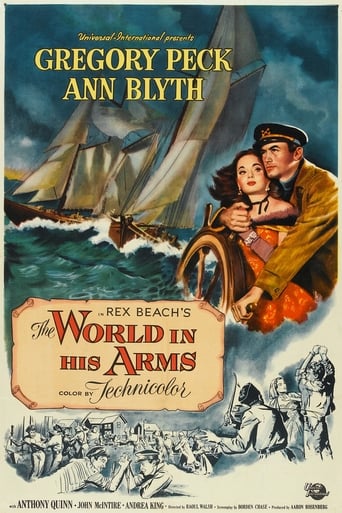 The World in His Arms 1952 DVD Cover. A boisterous sea captain in the Pacific Coast, circa 1850, has a plan to buy Alaska from the Russians… if they don’t kill him first.

In 1850 San Francisco, rogue sea captain Jonathan Clark meets and woos Russian countess Marina, who poaches seal pelts from Russian Alaska. Events separate them, but they reunite after a thrilling sea race to the Pribilof Islands; now, both are threatened by Prince Semyon’s designs.